Ugly vs Lip and Rouage 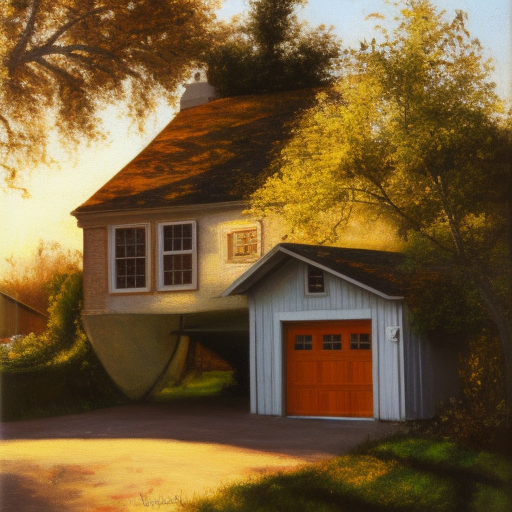 Actually, most homes we are presently living in are just plain ugly.

Why? Because most new homes, at least in North America all show off their garages like it was the center of attention or the main attraction—the thing that everyone came to see! “Oh, I see you have a nice garage—how lovely!” What is it with our garages? They are front and center to every new home being built! Consider structures built 100 years ago, as they did not worry about garages for their vehicles.

The root of the problem begins with the design and the lack of creativity. It’s hard to make a plain 20-foot-long wall with one 3’x3’ window placed in the middle of it look attractive unless you are an architectural minimalist and then it does not really matter, it is what it is. Some see beauty in diverse ways and that is ok to. Keep in mind that GB is all about nostalgia so 20-foot-long bare walls would not set well. Even basic elements like the roof line play an important creative role. Have you ever seen a functional dormer on modern or postmodern home? It’s hard to install one on a flat roof or an unoccupied attic space.

Humans are naturally attracted to light—natural light. The lack of windows, the variations of windows and strategically placed windows all contribute to the infusion of natural light into an enclosed space. A contributing factor to the tasteful and generous use of windows is usually a function of mindset…too costly, takes up too much wall space, too much exposure, too cold or too hot, blah, blah, blah! GB thinks outside the box regarding the usage of windows because we are dealing with small spaces to begin with. To avoid the feeling of claustrophobia GB will in many instances exaggerate a small space with a big window giving one the impression that they are a part of a larger outdoor space all because of the panoramic view. Windows are also expressive in nature, more than just a clear piece of melted silica sand—they offer us a design opportunity. The nostalgic ambience of an exterior is enhanced or diminished in large part by the window treatment and type used.

Too often we are so preoccupied with floor plans that we forget to forge an impressionable mark via the exterior of the cottage.

Typically, we just leave it to the exterior picture we saw in the magazine or on the builders plans or we leave it up to the builder themselves to define the exterior of our home and then try and label it something romantic—”Birchwood Blossum.” We might even just copy what someone else has done with their exterior. This lack of imagination has led to the need for Styrofoam build outs and tertiary semi-quasi motifs in the form of symbolic ornaments. Cultured stone is another form of quasi ornamentation, but everyone knows what it really is—fake!

Another approach is to try and bluff our way through what otherwise would be a dull exterior by multicolored painting, reorienting the siding, or adding flood lights at night to show off something but were not sure what. What GB has consciously tried to beyond the DIY approach is to take classic motifs and then carry the theme throughout the cottage both from the moment it is viewed from the outside all through the inside. For some one of GB’s motifs may be suitable, and a homeowner’s dream come true and for others they may prefer something else. At GB we at the very least try to be true to original forms, recognizing that a person’s home is still very much a subjective interpretation of their exterior and interior space.